How will Post-COVID ultra-digitalised businesses look like? What NOT to pack in your Carry-On Bag.

Recently I interviewed investors under different circumstances and from three different continents (Spain, the U.S., and Colombia). The hour and a half long interview gave some interesting pointers on technology, investments and our current situations as humans.

While there was Alicia Castillo Holley who had to leave Venezuela with her young sons to the U.S. to fend a life for herself back in the 80s. From then until now, she has founded 17 companies, closed 5 and maintains 3 and sold the rest. Alicia invests in 10 startups annually and is part of Sand Hill Angels, one of the active investor groups in the Bay Area and the U.S. Its 130 members invested 20 million USD in 2019.

Jesús Alonso Gallo, at 58 years he calls himself, a serial worker, entrepreneur and investor. For the past 40 years, he has hustled from successful and not so successful video gaming companies to founding Restaurantes.com in Spain and successfully exiting the business to Michelin, a French conglomerate, in 2016. Jesús has founded 4 startups, exiting 3 of them and is an active investor since 2012, with 35 startups in his portfolio.

Carlos Felipe Gutiérrez Camacho joined us from Bogotá, Colombia. He has previously headed Wayra, Telefonica in Colombia. His own fund Simma Capital is already set up and ready to invest in Latin American opportunities in these intriguing times.

Below is Carmen Pumariño (co-author) and my take on the deep-dive interview. Where pertinent, we have also included our criteria and views on the current crisis vis-à-vis investments and startups.

We all agree on one thing, the Coronavirus pandemic is a humanitarian crisis, the economic hit comes secondary. The second thing all of us humbly coincided is that COVID-19 has hit our portfolio companies and other investments, and we did not see it coming. Not by far.

1.After the initial warmup, we dropped the BIG question. Do we think there will be a before and after the business “hiatus”? We call it a “hiatus” on the observation that the economic effect has not been unleashed. Governments world over are dolling out money to keep the markets from tumbling. Monetary intervention can have an initial uplift; however, it’s hardly a cure to the faults that have developed in the economies.

Jesús thinks the recovery will be slow, this time it doesn’t seem to be a pause, and we return to the previous pace. It’s a full-stop, then an economic catastrophe followed by a prolonged recovery. There will be winners who can read the market and pivot their businesses towards Ultra-Digitalisation. This includes remote working as a possible way to operate a Post-COVID company and the conscientious study of the Ultra Lean Company concept.

As with Alicia and Carlos, the priority is to maintain people’s integrity and honesty. “We all have adjusted where we can, and we have adapted as per the financing requirements of our invested companies.”

Both Carmen and I observe a transition already happening in consumers. A rapid shift to purchases based on “what I need and in certain cases indispensable” instead of “I deserve this treat”. We identified some recent trends in monetary movements. As per a recent Financial Times article, savings have witnessed a fivefold increase in Spain, France, Italy and Germany. Spaniards saved 10.1 billion euros in May 2020, compared to an average of 2.3 billion euros (4.3x). In the next 6 to 12 months, movements on savings rates will be a great metric to keep an eye on to the ascertain the change in consumption patterns.
2.How will this shift in consumer behaviour impact current and future startups?
The bells and whistles will be reduced, but there will be a premium niche that will continue to seek out premium products and services. There is never an end to that segment of the market, not even in the worst of times. Alicia adds that, in her opinion people will not consume more but they will consume better.

3.Will there be winners and losers? Companies who do not adapt to Ultra-Efficient Cost Structures will lose. I see a lot of micro-businesses in the form of a network, without employees. They will all be Self-Employed Networks that ideate, create, develop a project and disappear.

The above seems to be a powerful shift in doing business. We are talking about the Network Effect, and the small and micro will collaborate closely.

4.How will we, investors, react to such a shift? Will there be more concentration of money on consolidated startups with traction or on new ideas for the new economy? Professional investors will want to finance opportunities that make effective use of capital, that have a well defined Business Model. Carlos chimed in, Colombian investors and Venture Capitals continue investing in startups. Some valuations have been adjusted, but investments are far from lockdown. We all agreed, money is out there, and investors want to continue investing.

Startups that pursue the dream of world champions, necessitating enormous sums of money to reach a future Critical Mass and therein desired profitability — won’t be attractive. The verdict is out from investors in three continents.

5.Speaking of investments, will there be a significant drop in valuations?
Money always follows exciting projects with committed people. There’s less money because we’ve lost capital. It’s the later stages that are suffering the most. The funds have stopped investing in companies they don’t know and are focusing on supporting their investments. The surmise is YES.

Now that the discussion was coming to a close, it was time to conclude the engaging conversation. Although it’s a risky bet to try to summarise the near future, here’s how we see it through our own subjective and coloured lenses.

The sense of deservedness is ingrained in the culture of developed economies like the U.S. and Spain, creating many conflicts. We wouldn’t like to talk about winners and losers because when a company does well, all stakeholders win, and when a company closes, all stakeholders lose. The world is different Post-COVID, and we think it will be like that for the next 3–4 years. Startups have to adjust and focus on creating value. The basic principles of business remain the same, less, the bells and whistles.

Of course, it is a humanitarian crisis. Still, we have to focus on the fact that we are living in a historical moment and that nothing will represent us sooner or later as our attitude.

“In Kanji, both Chinese and Japanese use two brush strokes to write the word ‘crisis.’ One brush stroke stands for danger; the other for opportunity. In a crisis, be aware of the danger — but recognise the opportunity.” ? John F. Kennedy.
Also attributed to Al Gore’s Nobel Peace Prize Acceptance Speech, Al Gore, 12th October 2007.

Carmen Pumariño, Director of Investments at EAE Invierte. Her passion is entrepreneurship, having founded a startup herself with TheCloudGaming. Now she leads the financial area of Wetaca, a Madrid based food startup. Additionally, she invests as a business angel in the Spanish ecosystem. 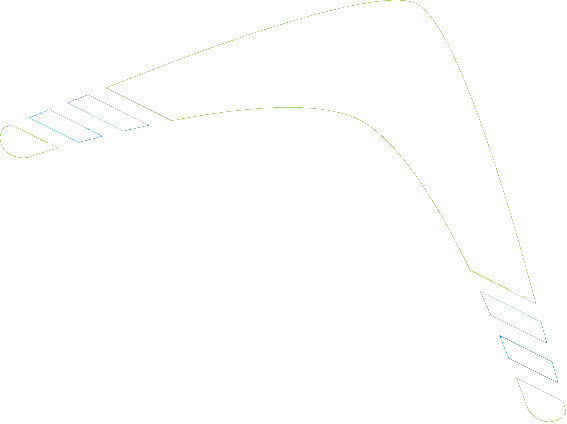